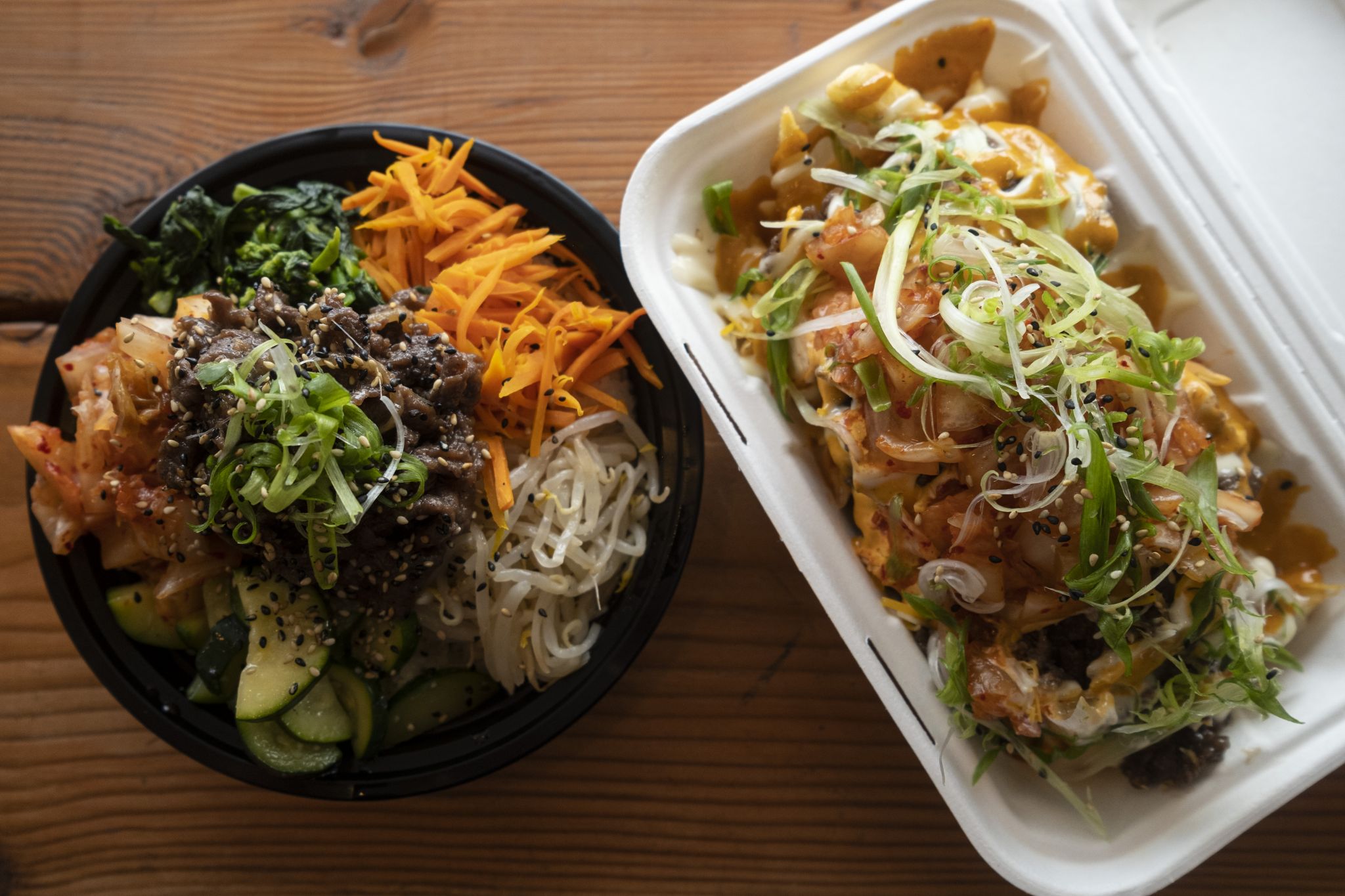 It was the early 2010s, and Tae Yoon’s parents’ business was struggling. So the young chef left his job cooking at Fig at the Fairmont Miramar in Santa Monica to return to Vallejo, where his parents ran Louisiana Fish & Chips in a strip mall on Tennessee Street.

Immigrants from Korea, Yuh Il Yoon and Jong Ran Park purchased the restaurant in the early 2000s. It had succeeded for a time, but with the 2009 financial crisis and recession, the restaurant, which sold fish and chips and burritos, was floundering.

The family came together and brainstormed, and that’s when they decided to make a major shift: “I told my parents, ‘Why not do our food our style?’” Yoon said.

The question led to a whole new concept.

“We were selling something that we’re not experts in,” said Scott Lee, the son-in-law of Park and Yuh Il Yoon and business manager for Frymazing. “The whole thought process was, ‘Vallejo doesn’t have a Korean restaurant, we’re Korean, we know how to make good Korean food, so let’s bring that to Vallejo.’ We brought our home recipes, we brought just good quality ingredients.”

The menu was completely overhauled. Gone were the burritos and in its place they added sticky, savory-sweet Korean fried chicken, traditional dishes like bibimbap and thick-cut fries loaded with gochujang, aioli, pickled vegetables and barbecue meats, a melding of American and Korean flavors. Only the fish and chips remained, and when it opened in 2015, the restaurant was given a new name to reflect its new menu: Frymazing.

“We have fries, it tastes amazing, it just kind of clicked,” said Lee, who came up with the name.

The transformation helped save the business, said Tae Yoon and Lee.

“I think the citizens of Vallejo really appreciate the quality food we’re producing, and they motivate us to continue to try to make even better food,” Lee said.

That motivation has led to a lot of experimentation in Frymazing’s kitchen. Yoon’s parents create the fried chicken, which comes in flavors like Korean barbecue, Korean soy garlic, honey butter and “chillin’ chili.” And Yoon has turned the kitchen into his own laboratory for new experiments.

Yoon, who studied at Le Cordon Bleu in San Francisco, said he wants to use Frymazing to create fresh flavors that no one has ever tasted, in Korea or the U.S.

“I want to do it [the way] that nobody does it,” Yoon said. “I want to make our own Frymazing style.”

He points to the restaurant’s gochujang chili aioli as an example of this, a blend of classic Korean staples and Yoon’s culinary training, and the result of lots of experimentation.

“I started putting gochujang with everything together and then it just happened.”

Yoon’s sauces are a highlight of dishes like the fire fries, his favorite item on the menu, which are made of beef bulgogi, kimchi, shredded cheese and fresh green onions on top of the restaurant’s thick-cut fries, then drizzled in the gochujang chili aioli and garlic aioli.

“The best thing is all the combinations, the kimchi, bulgogi, the both aiolis. It’s, how can I describe it?” Yoon said.

“It’s frymazing,” Yoon repeated, the only word to encompass the restaurant’s decadent food. “Even in Korea I never had a taste like that before.”

Experimentation also helped create Frymazing’s signature drink, a strawberry lemonade. When crafting the new menu, they were searching for a beverage that would work well with the food. They visited other restaurants that serve fried food and realized that lemonade is a popular pairing, Lee said.

For Frymazing’s lemonade, they decided to combine lemons with a strawberry compote, but it took hundreds of tries to hit on the right formula.

“The lemonade was lots and lots of tastes,” Lee said. “… We must have tasted it 300 times before we finally arrived on our final recipe.”

A newer experiment on the menu is the MSG chicken bites, which a chalkboard refers to as “Must Try Seriously Good.” The name was meant to be provocative, Lee said, a reference to monosodium glutamate, a seasoning popular in Chinese food that has been the target of racist health scares for decades.

Frymazing’s MSG chicken is a sort of chefed-up ramen combined with fried chicken, and it’s Lee’s favorite item on the menu.

“It’s basically Korea’s most popular ramen, Shin Ramyun, and then we modify the flavors a bit and then we have our chicken that we fry up nice and crunchy,” Lee said. “I think it’s a great example of that smash of Korean comfort meets familiar flavors for people here.”

The restaurant’s unique blend of Korean and American food has helped it be successful, but it hasn’t been without trials. Fried fish, a staple since before Frymazing was Frymazing, came off the menu during the pandemic because of supply issues. The quality of available fish was so bad, serving it would damage the restaurant’s image, Lee said.

“We want to sell it to customers because they like it so much but, yeah, we can’t risk selling bad quality ingredients just because they want it. They’re not going to be satisfied when they eat it,” Lee said.

Similarly, Frymazing has had to change to-go boxes frequently based on whatever vendors have available, Lee said, and the restaurant has had trouble hiring and retaining additional employees. The U.S. workforce shrank for the first time in the nation’s history last year, contributing to labor shortages across the restaurant industry and the economy in general.

Right now, the restaurant is a total family operation, with Yoon and his parents cooking up the food and Lee managing business operations. Hyun Lee, Scott Lee’s wife and the daughter of the owners, does the lettering on all the restaurant’s menu boards, and Jun Park, Tae Yoon’s wife, is a graphic designer who created the restaurant’s new logo and made several illustrations around the restaurant.

Still, Lee says the pandemic has also had an unexpected upside: Because Frymazing was primarily a takeout restaurant, it’s found a new customer base as people searched for safe places to get food during shelter-in-place orders.

“It forced people to kind of look for what options were there through like DoorDash or just searching online to see what was there, instead of just going to what they’re comfortable with,” Lee said.

The restaurant is still only serving takeout, with the handful of indoor tables that were there pre-pandemic removed, and signs at the door requiring all customers to wear masks, despite Solano County being the only Bay Area county not to issue a new mask mandate.

And even as the restaurant has faced new and unexpected challenges, it’s remained a support for the whole family, the parents, their two children, their children’s spouses and the five daughters under age 7 between them. Lee emphasized that Frymazing’s success is a story of American possibility.

“With our restaurant, we personally experienced that the American dream is still alive,” he said. “We put in the time, we put in the hustle, this restaurant is literally feeding three families right now.”

And, Lee said, he wanted Frymazing’s story to serve as inspiration to others to try something new, to take the risks they’ve been pondering.

“I just want to encourage everybody that if you have a passion, if you’re good at something, just really try it,” Lee said. “… It’s very hard, but at the same time, it’s very rewarding when someone tells you that your food tastes great.” 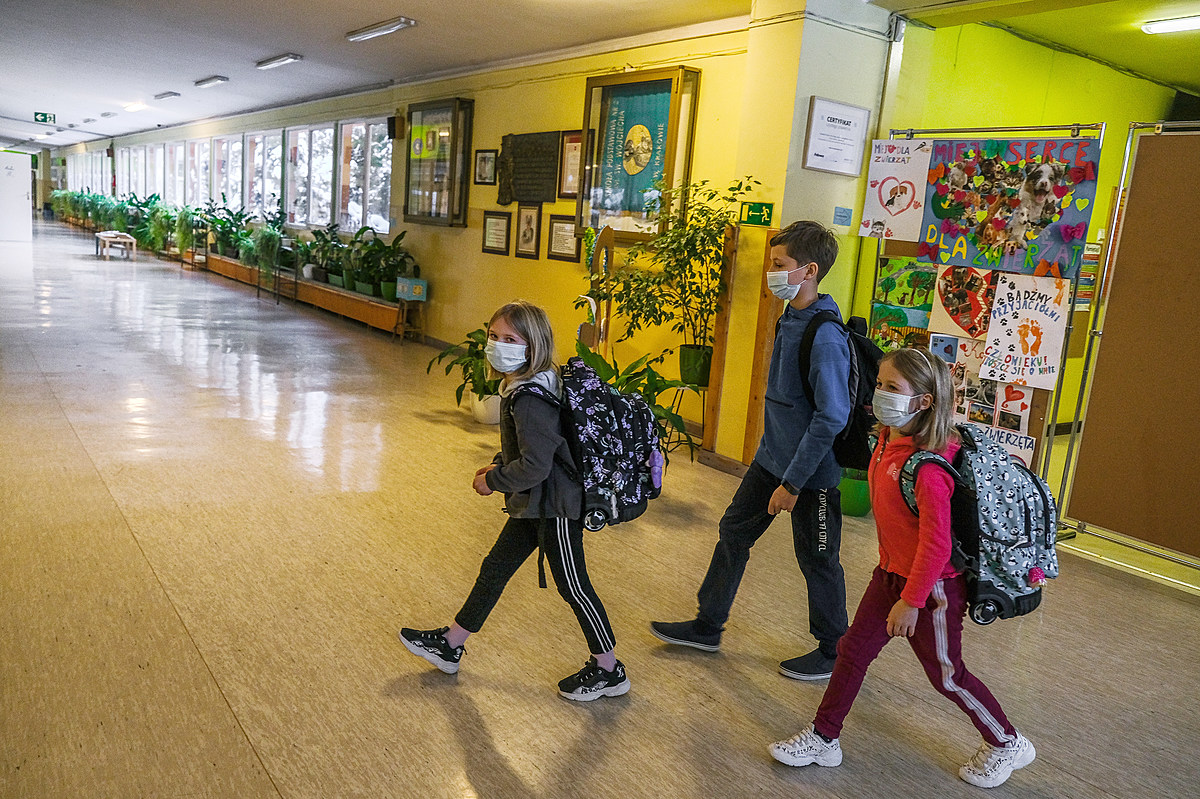