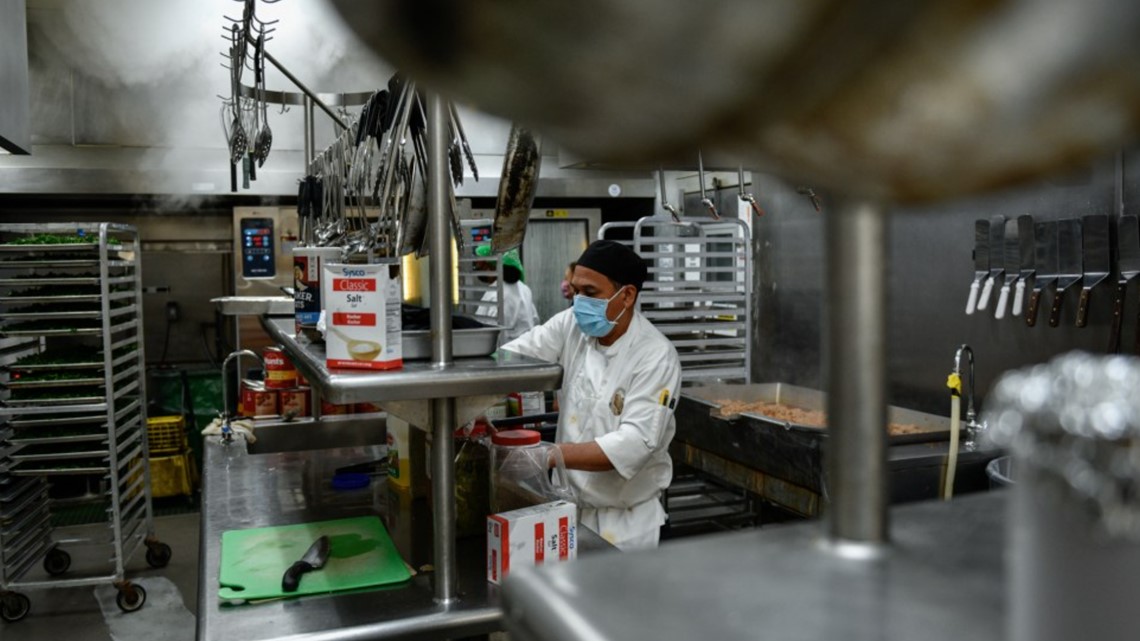 A state effort to create green jobs after the Great Recession fell short. Will new California job training programs do any better coming out of the pandemic?

CALIFORNIA, USA — This story was originally published by CalMatters.

By its own account, the state’s effort to train Californians for “green jobs” coming out of the Great Recession fell short in helping them find work and improving wages.

But the state Employment Development Department acknowledged the programs were based on “myths and misconceptions” about climate change-related jobs and what made workforce development programs effective. And as demand for these hyper-specific green jobs declined, so did job opportunities and wages — not quite the long-lasting, high-paying jobs the state hoped to create.

Since 2017, California has tried a different approach — High Road Training Partnerships — to build on those lessons, create a broader range of jobs and work more closely with industries.

Newsom proposed $25 million in his January budget and added $90 million in his May revision, totaling $115 million. He cited record unemployment rates caused by the COVID-19 pandemic and its long-term impacts on the state labor market — especially on women, people of color, at-risk youth and formerly incarcerated people, among the groups with barriers to employment.

On Monday, the Legislature passed its budget that included Newsom’s initial $25 million for High Roads and set aside $60 million for workforce development, tied to a larger jobs and economic development package.

While the final budget deal is still being negotiated, the Legislature also approved the governor’s request for additional $20 million for apprenticeship programs in residential construction, plus $10 million in federal funds, partnering with workforce boards, colleges and the housing industry.

Though growing in popularity as a part of state policy and spending, “High Road” is not a new idea. It started out as a concept discussed in academic and advocacy circles; in 1990, University of Wisconsin-Madison sociologist Joel Rogers defined it as “a family of strategies for human development under competitive market conditions that treat shared prosperity, environmental sustainability, and efficient democracy as necessary complements, not tragic tradeoffs.”

In California, the foundation of the High Road training program was Proposition 39, approved by voters in 2012 to create “clean energy” jobs and give $1.7 billion over five years to K-12 schools for energy efficiency upgrades.

A 2013 analysis by the state’s employment department found “no discernible evidence that green firms were more likely to create jobs than non-green firms.”

Still, from 2014 through 2018, the California Workforce Development Board invested $13.3 million in Prop. 39 funds into 12 construction pre-apprenticeship training partnerships across the state, focused on industry hiring needs.They enrolled 2,701 individuals, of whom 2,100 completed the training at the end of the 18-month pilot program. Of those who completed the program, 79% had been placed in jobs as of February 2019.

Building off these results, California invested $10 million in 2017 into a High Road pilot project, aiming to create partnerships in transportation, health care, hospitality and other sectors that delivered “equity, sustainability, and job quality,” according to the California Workforce Development Board.

“The folks who are justifiably critical of the conventional approach say it’s about train and pray — train a bunch of people in skills that you think they might want and pray that they might get hired,” said Carol Zabin, co-author of research for the UC Berkeley Labor Center that backed High Road.

High Road partnerships are designed to avoid those pitfalls with industry-led initiatives to ensure the jobs are there and workers stay in them.

The early results are unclear.

The California Workplace Development Board said it did not have overall outcome data yet, but believes the new program is working based on past results. Some individual programs reported some findings. A pilot janitorial training program trained 445 people statewide in 2017-18. Another program for front-line health workers in Los Angeles County had 16 of 50 students complete the training and get jobs, while a water and wastewater treatment program in the Bay Area trained 30, including 13 women. Other grant recipients haven’t started their training due to the COVID-19 pandemic.

A High Road hospitality program trained and placed 25 people in its pilot year. One of them was Alhagie Dampha, and for him it was life-changing.

Dampha, 34, came to the U.S. from Gambia and learned of the training from a brochure his wife brought home from her work at a nonprofit organization. At the time, he was living in Alhambra in Los Angeles County and working as a grill cook at a restaurant, where he’d started as a dishwasher.

Like others in the program, Dampha said the training was a good use of time during the pandemic. He completed courses on “high-level” Asian cuisine, and on workplace sanitization for culinary workers, among others. Dampha had three interviews with prospective employers who visited the training site to scout chefs — and landed a job after completing his training.

“After a while, my executive chef called me and asked me to give him my contact information, because he would like to hire more cooks from the program,” Dampha said.

The job placement had added benefits: Getting a union job meant Dampha had access to legal help in applying for citizenship. In January 2021, he became a U.S. citizen.

“Words can’t express how blessed and lucky I am,” Dampha said.

As in Dampha’s case, the aim of the program is to help not just the unemployed, but the underemployed.

While California has nearly 2 million unemployed residents, according to the federal Bureau of Labor Statistics, another 1.1 million have part-time jobs because of business conditions or because they are unable to find a full-time job. And another 270,000 Californians have stopped looking for work because they’re in school, are taking care of family or don’t believe a job is available.

Crucial to the success of High Roads is flipping the traditional workforce training model upside down — having companies train for the work they need, instead of pushing people to compete for limited quality jobs.

And while getting companies to collaborate with competitors and invest in workers isn’t always an easy sell, Tim Rainey, executive director of the California Workforce Development Board, said many come to the table because they understand building skills and recruiting talent is hard on their own.

Sometimes, companies spend money on training, only to lose those workers when a project ends. When a new project begins, employers have to start from scratch — often using costly staffing agencies that don’t focus on equity.

Another effort to encourage companies to adopt High Road training is Assembly Bill 1192, authored by Assembly member Ash Kalra, a San Jose Democrat. It would require all private companies with 1,000 or more employees to report annual employee metrics such as wages, benefits and safety for their entire U.S. workforce to the Labor and Workforce Development Board. Under the bill, companies that meet High Road benchmarks would get preference for state contracts, tax incentives and more.

The bill passed the Assembly, but is opposed by groups representing airlines, the food and beverage industry and other businesses. Kalra agreed this month to hold the bill until next year; it wouldn’t take effect until March 2023.

The California Chamber of Commerce warns that the “snapshot of data” would unfairly subject employers to unwarranted criticism, as well as potential lawsuits that don’t take varying state employment laws into account.

“We don’t really think it would be giving an accurate picture, or be fair to then use this data to determine who is a good employer and who is not, and who should be worthy of certain state benefits or state contracts or tax credits or what have you,” Ashley Hoffman, a policy advocate with the Chamber of Commerce, told CalMatters.

But Kalra said that’s not his goal. “Ultimately, this data is designed to create an incentive program — not to go after employers or shame employers,” he told CalMatters. “Quite to the contrary — you want to celebrate employers.”

A foot in the door

Kevin Coleman, 43, of Pomona, had already been working in construction for the last 23 years, but said taking part in the training exposed him to many more career options than he knew.

Through High Road training in the San Bernardino Community College District, Coleman obtained workplace safety and CPR certifications, learned to read blueprints and refreshed his math skills. But most valuable, he said, was networking with different companies, rather than chasing jobs down on his own.

He just graduated from the program, and wore a suit that the program gifted to him, since he didn’t have one. That suit is now wrapped carefully in plastic in his closet. He’s on the job hunt now.

“It’s at least a foot-and-a-half in the door as opposed to not having a foot in the door at all,” said Coleman.

For Robert Castro, 53, who lives in San Bernardino County, the benefit of taking part in the training after a 25-year career in construction was being exposed to the benefits of joining a union, he said.

“You learn what kind of trades are out there, not just one or two things,” he said.

Many of the partnerships work with unions, as well as with community-based organizations. But any industry can take the High Road approach, said Zabin from the UC Berkeley Labor Center.

“It really is a choice: Are we going to make it a sweatshop industry, or one where workers are valued and we value the quality of their work and we get a quality product that will last longer?” 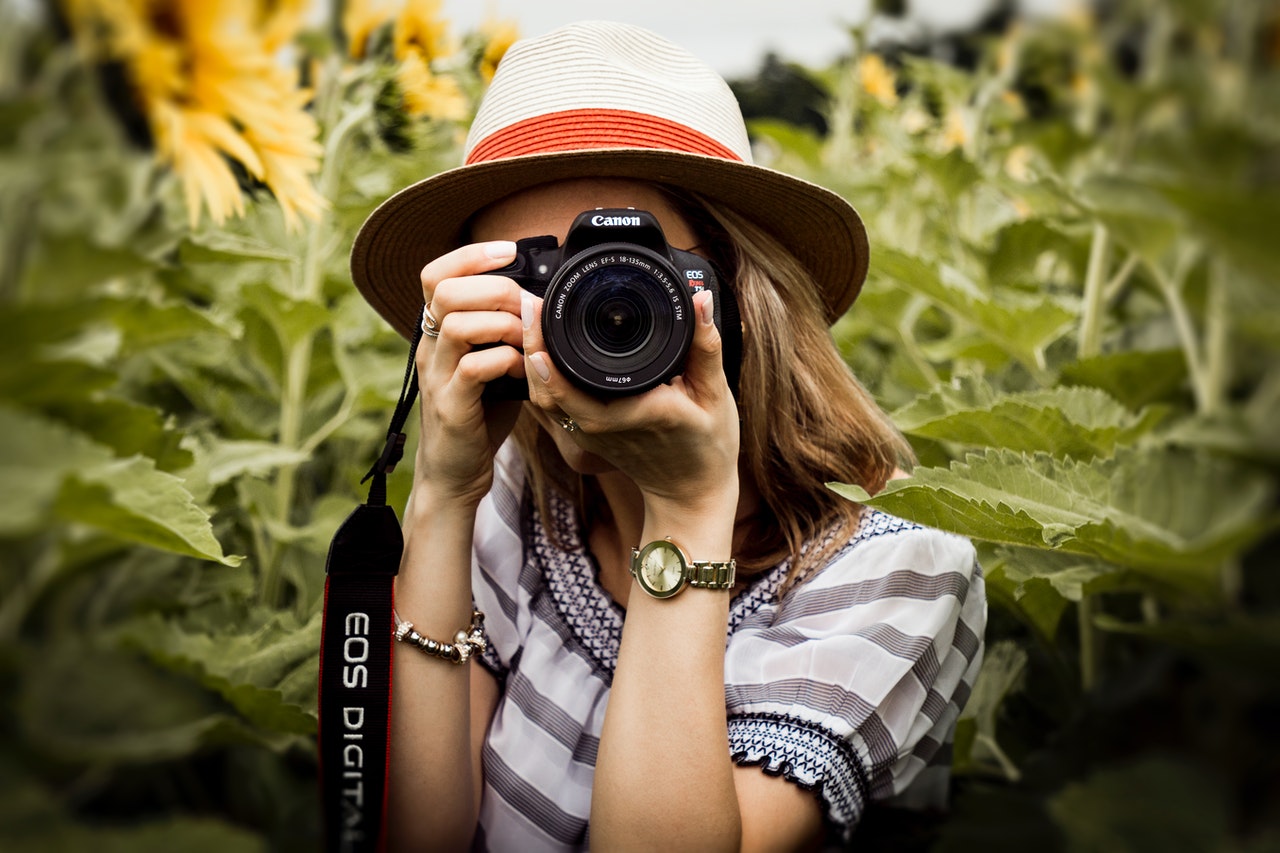